The Rule of Time

This is Alastair from the Communication Design division. It’s been a while since we’ve written in English on this blog, and as for myself, it’s been nearly four years since I’ve had a chance to do so! How is everybody? I hope you’re all doing well despite the global situation.

Recently, my team has been getting used to working from home, but whilst doing so we’ve also been brushing up on our business skills with a book titled “あたりまえだけどなかなかできない仕事のルール” (quick translation: “Obvious Yet Difficult: Rules for Work”), authored by Hamaguchi Naota. It’s a popular style of business book: easily digestible nuggets of wisdom, each taking up one spread. Last week’s theme was “約束の時間より 5 分早く行こう” (“Arrive 5 minutes earlier than promised”). We found that within our own company, attitudes to time differ, with some people considering 10 minutes to be better, and others who see no problem with arriving just on time. I’ve also heard of some particularly strict companies at which employees are expected to arrive 30 minutes before any scheduled meeting! 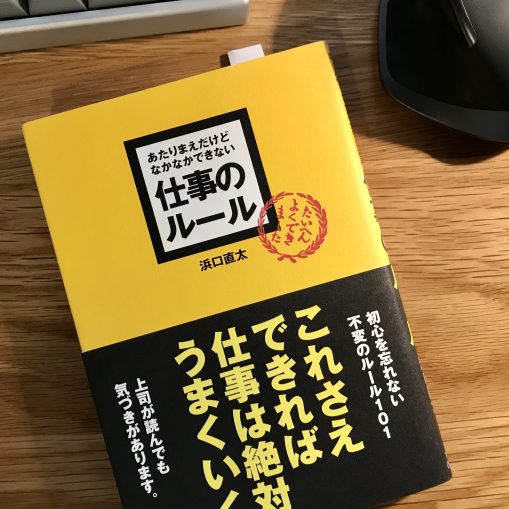 If attitudes differ within a culture, are there also larger trends between cultures? As a multi-cultural office we’re certainly interested in finding out! Chronemics is the study of time’s role in communication. It is concerned with how people orient themselves around, understand and organize themselves around time, which affect personal differences in our perception of time and result in difference of communication regarding time. In my personal experience, the majority of Japanese people I’ve met have been particularly punctual with regards to meeting times. As a Briton, whilst I don’t agree with tardiness, I miss the flexibility of meeting at, for example, “around 3 PM”.

Whether the people of a culture are past, present, or future-oriented can have wide-ranging impacts on our daily lives, and especially for busy people whose days revolve around time (monochronic cultures). In trade negotiations, Americans in particular are said to be future-oriented, anxious to reach agreement and make progress. Former American ambassador to Japan, Mike Mansfield, said of differences in perception of time between the US and Japan that, “we’re too fast, they’re too slow”.

Whether one culture is too fast, or too slow, is surely relative, and it’s difficult to make a value judgement. Either way, navigating the waters of these cultural differences requires experience living and working internationally, and most importantly of all, understanding one’s customer so that you can meet their needs. Brainwoods has been doing just that for almost 20 years, and we’re proud to say that many hundreds of clients every year trust us to provide translation, interpretation and many other multilingual services.